Shopping Cart
Your Cart is Empty
Quantity:
Subtotal
Taxes
Shipping
Total
There was an error with PayPalClick here to try again

Thank you for your business!You should be receiving an order confirmation from Paypal shortly.Exit Shopping Cart

This is an offer of a richly mahogany colored bronzed copper award medal, from the Massachusetts Charitable Mechanics Association, founded in 1795 (incorporated 1806) in Boston, with Paul Revere serving as the 1st President of the organization. The organization has a rich history of fostering the advancement of mechanical technology in America.

Beginning in 1809 the association held "Triennial Festivals" which continued through the 19th century. The festivals alternated venues, sometimes taking place in Faneuil Hall, sometimes in the Music Hall, and elsewhere. From 1837, the association organized large exhibitions of mechanical innovations and related curiosities. The exhibitions, which took place every two years, were held in large indoor spaces such as Quincy Hall.

This award presented at the Tenth Annual Exhibition (after the initial Exhibition that introduced medallic awards) in 1865.

This is a U.S. Mint struck medal, the dies designed by Boston engraver F.N. Mitchell.

The metal wire suspension loop is an unusual addition to this type award, and appears to have been installed by a professional medalist.

This 50 millimeter high relief medal is a wonderful artifact of Americana that would display well in any patriot's home. 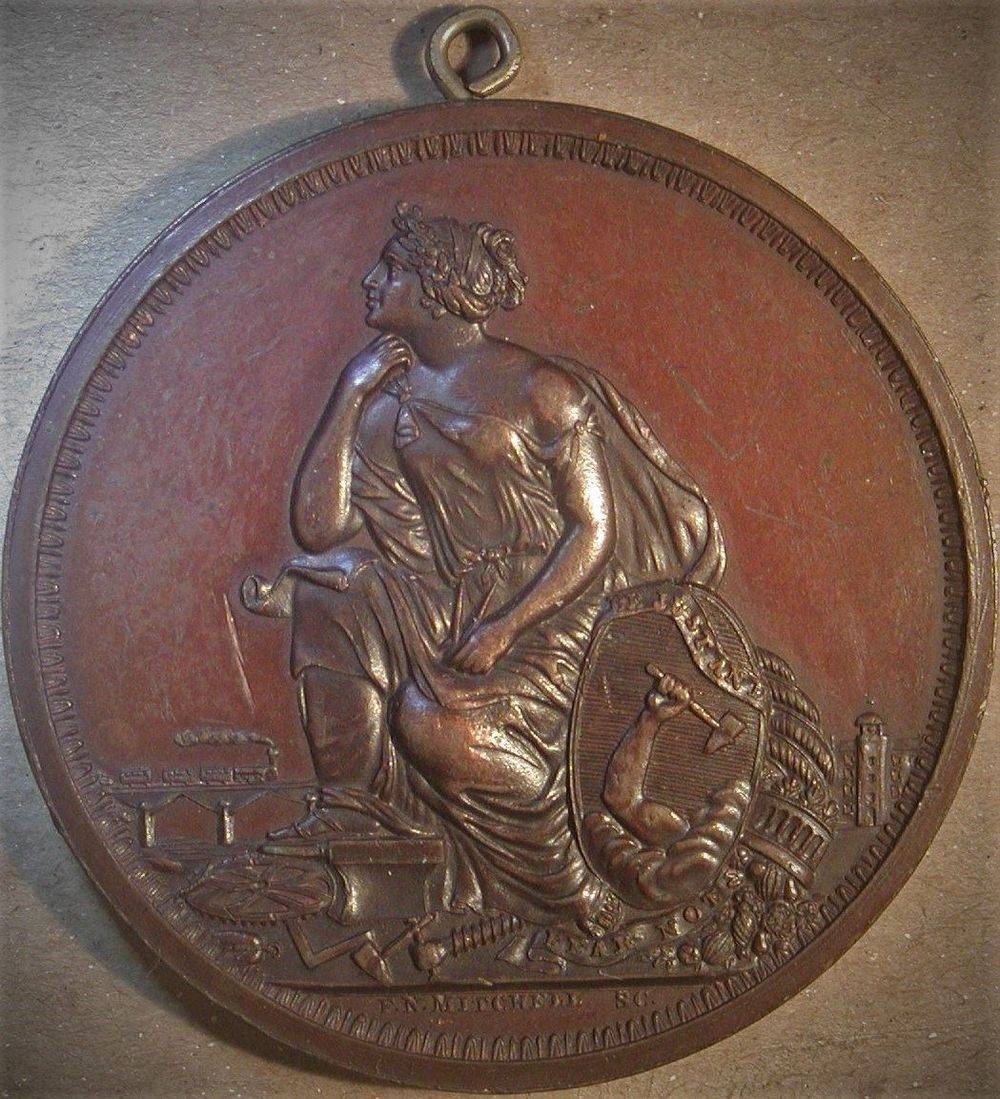 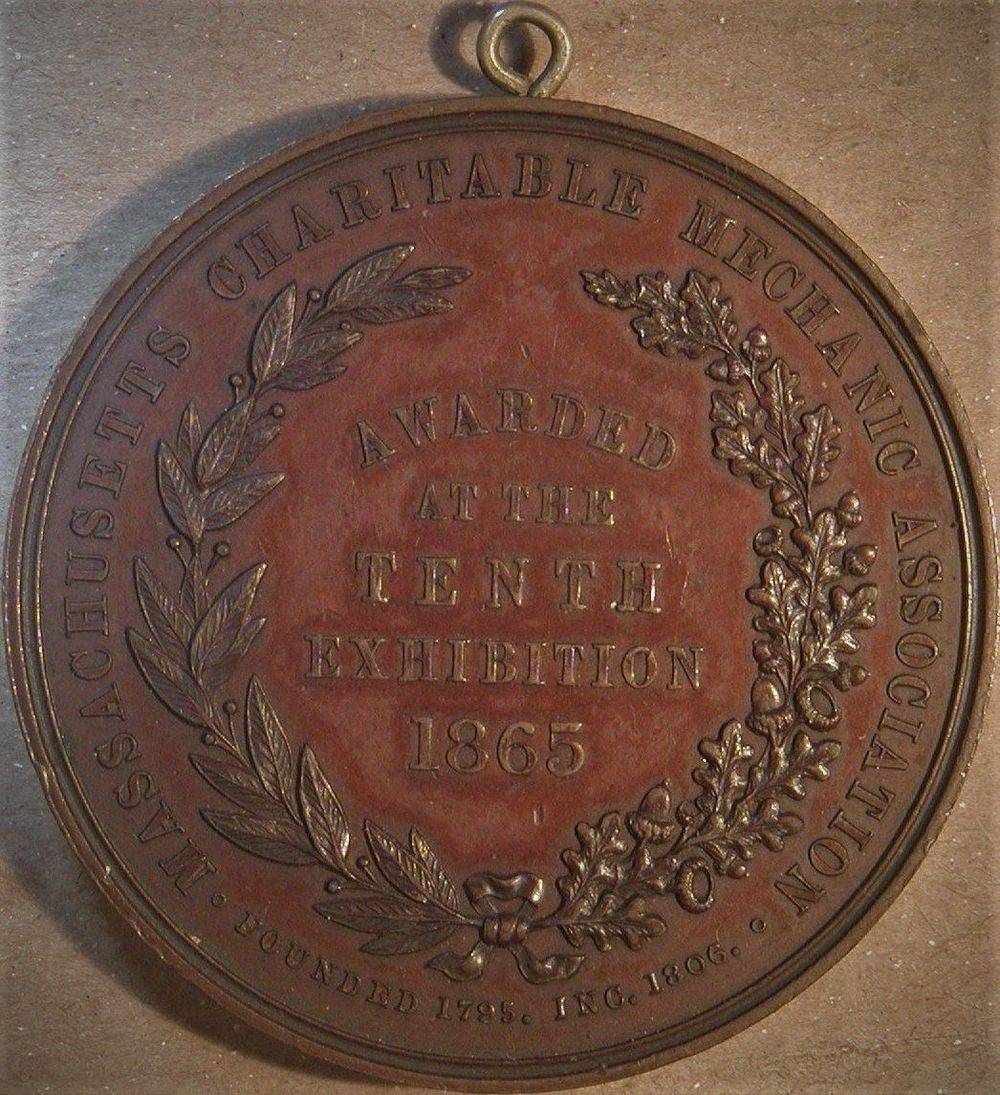